Bentley rebuilds history with this 1939 Corniche from World War II

Bentley rebuilds history with this 1939 Corniche from World War II 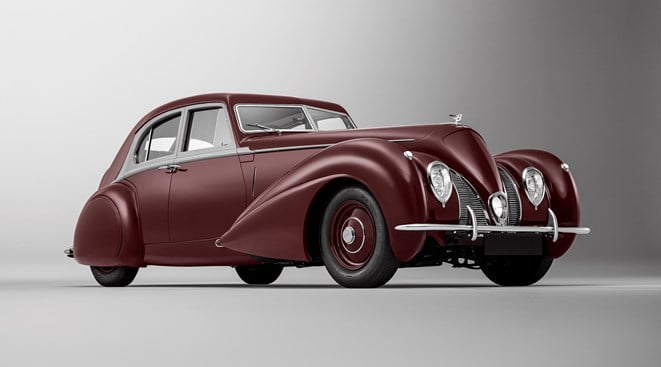 Bentley has just revealed the re-creation of a very special model called the Corniche, built in 1939. Brought to Bentley’s headquarters in 2018, the special coachbuilding group, Mulliner, known for their special one-off models used just the technical drawings available in recreating this magnificent car.

What made the Corniche special was its sleek design, which at the time improved aerodynamics and performance. This car claimed to cross 100+ mph in the 1930’s. Legend also has it (well Bentley, anyway says) this car has been through World War II, was lost for a period of time and now since been found and resurrected.

The team at Mulliner has really showcased the depth of their restoration and coachbuilding skills and our first glance at this beautiful shape had our jaws nearly touch the ground.