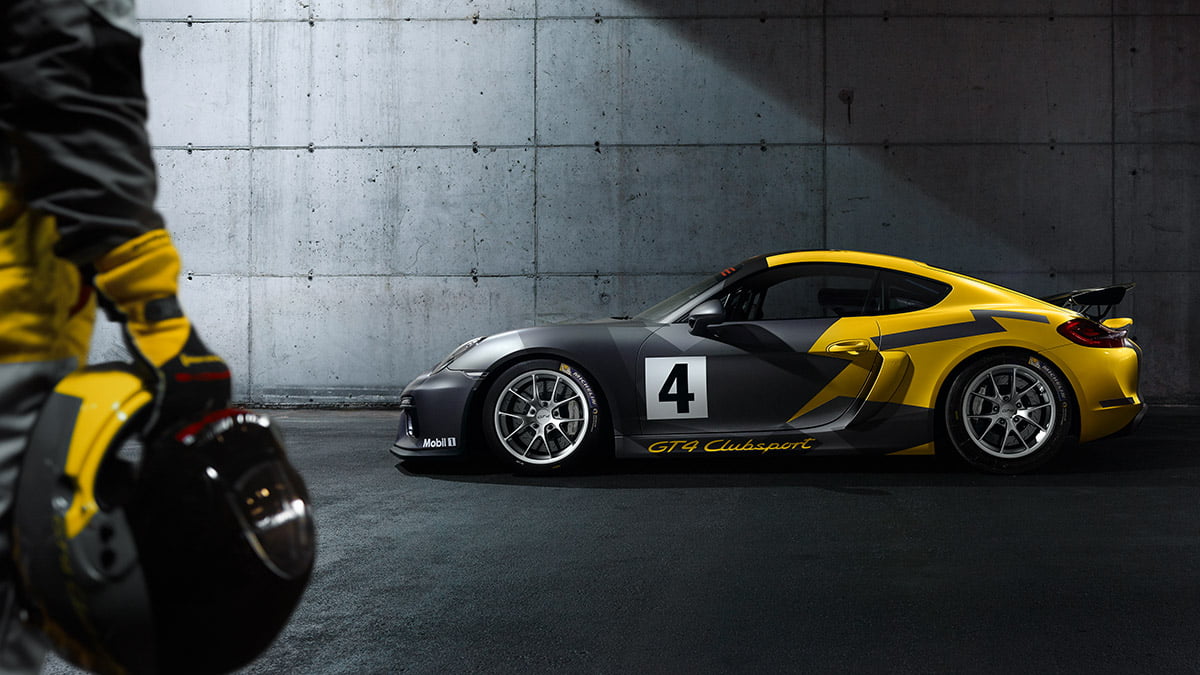 For the first time, the near-standard mid-engine racer comes in two versions ex-works: the “Trackday” model for ambitious amateur racing drivers and the “Competition” variant for national and international motor racing. 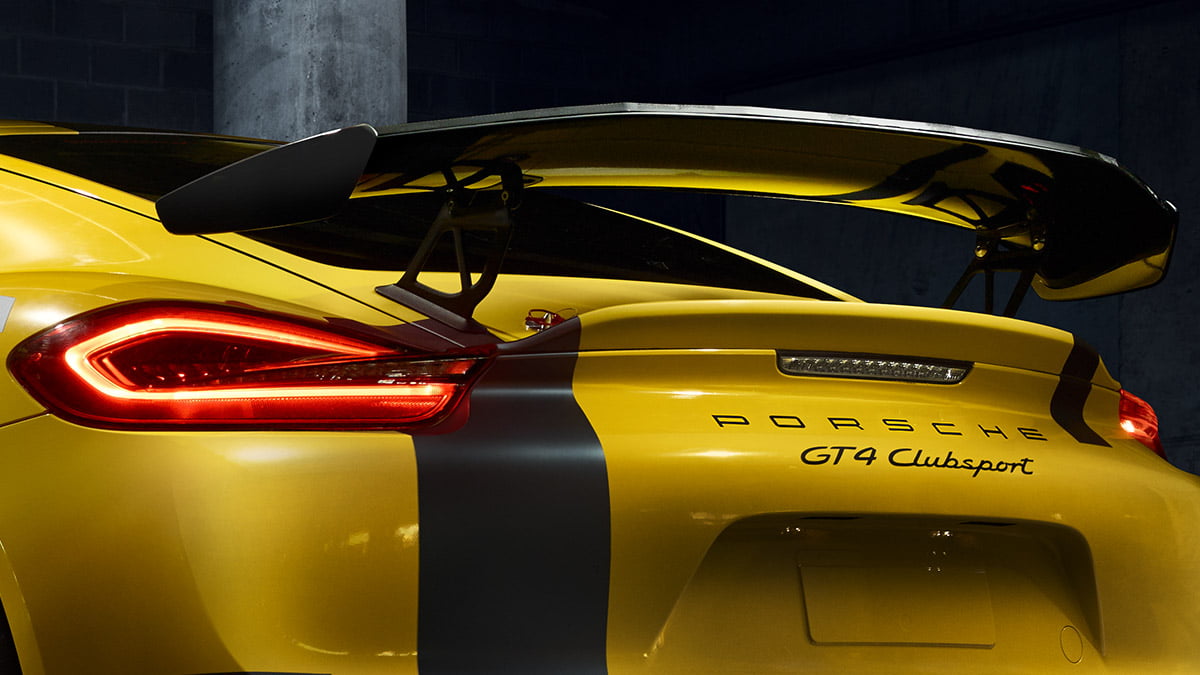 In developing the new 718 Cayman GT4 Clubsport, the focus was put not only on further improved driveability and faster lap times but also on the sustainable use of raw materials. The 718 Cayman GT4 Clubsport is the first ever production race car to feature body parts made of natural-fibre composite material. The driver and co-driver doors and the rear wing are made of an organic fibre mix, which are sourced primarily from agricultural by-products such as flax or hemp fibres and feature similar properties to carbon fibre in terms of weight and stiffness.

Powering the 718 GT4 Clubsport is a 3.8-litre flat-six engine producing 313 kW (425 hp). Compared to its predecessor, this represents a 40-hp increase in performance. The power is transferred to the rear wheels via a Porsche dual-clutch gearbox with six gears and mechanical rear axle differential lock. The lightweight spring-strut front suspension is taken from its big 911 GT3 Cup brother. The impressive racing brake system features steel brake discs all round measuring 380 millimetres in diameter. Tipping the scales at 1,320 kilograms, the 718 Cayman GT4 Clubsport, delivered ex-works with a welded-in safety cage, a racing bucket seat as well as a six-point harness, is a real lightweight. 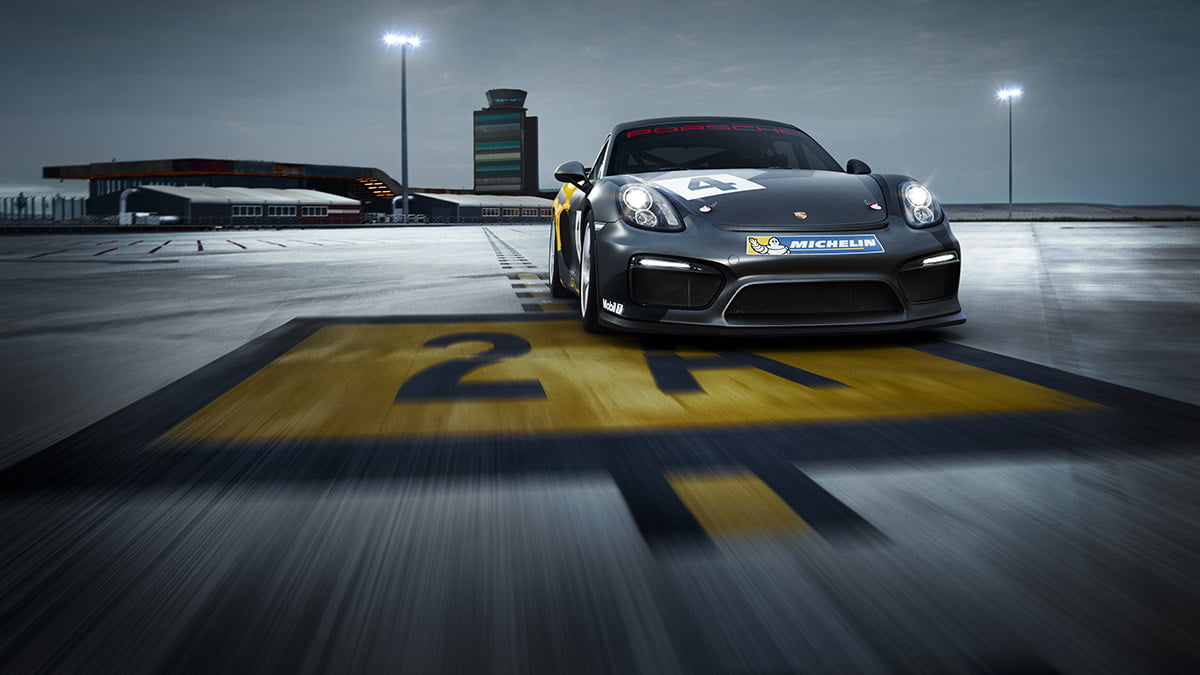 Two versions
The basis “Trackday” version is aimed at amateur drivers who want to take part in private track and clubsport events without major effort and outlay. The vehicle features a fixed shock absorber setup. The ABS, ESC and traction control assistance systems ensure forgiving handling at the limit and can be deactivated. Also delivered ex-works is the air-conditioning system, a rescue hatch in the roof, a handheld fire-extinguisher and an 80-litre FT3 safety fuel cell. The non-road-homologated vehicle can be serviced at all Porsche Centres. The 718 Cayman GT4 Clubsport “Trackday” costs 134,000 Euro plus country-specific VAT.

The “Competition” model features a raft of details relevant for racing. The shock absorbers can be adjusted in three stages. The safety fuel tank with a capacity of 115 litres is suitable for long-distance events. Thanks to a brake balance system, the balance bias can be infinitely adjusted between the front and rear axle. An integrated air jack system guarantees fast pit stops. The quick-release racing steering wheel adopted from the 911 GT3 R ensures a range of adjustment options for the individual needs of the drivers. An automatic fire extinguishing system adds another safety feature for the racetrack. The 718 Cayman GT4 Clubsport “Competition” is priced at 157,000 Euro plus country-specific VAT.

A look inside the cockpit

“The new Porsche 718 Cayman GT4 Clubsport possesses significantly more racing genes than its successful predecessor,” says Porsche’s head of motorsport Fritz Enzinger. “The power of the engine has increased considerably. At the same time, we were able to increase the downforce and the cockpit is now even better suited to drivers’ needs. I’m confident that we can build on the excellent sales figures of the predecessor, of which we have delivered 421 cars.”

Both versions can be ordered immediately and will be delivered to teams and drivers around the world from February.