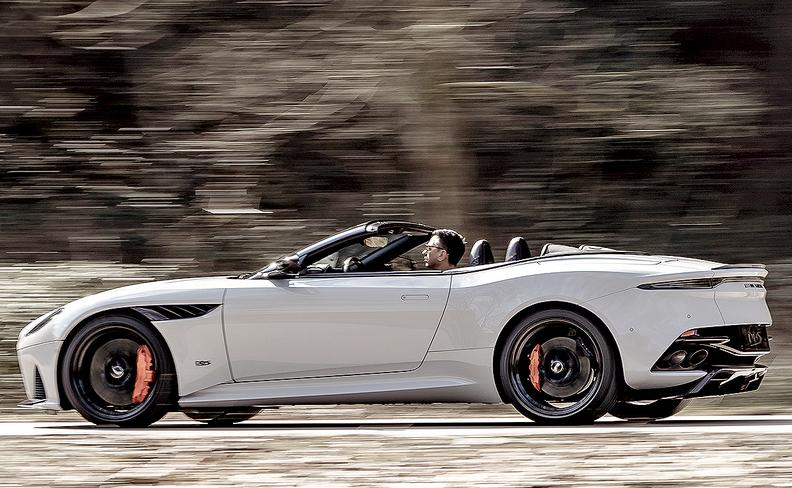 Aston Martin continues its parade of open-top variants from the exotic realm with the DBS Superleggera Volante.

Unveiled recently, the DBS Superleggera convertible is to join the British automaker's lineup in the third quarter.

Power comes from a 5.2-liter twin-turbo V-12 that packs 715 hp and 664 pound-feet of torque. It's offered only with a ZF eight-speed transmission.

"DBS Superleggera produces a spectacular and relentless level of performance and so for the Volante, we focused on bringing that extra level of sensory overload that only an open-top Super GT can deliver inside the cabin," Marek Reichman, Aston Martin's chief creative officer, said in a statement.

The automaker noted that the convertible's fabric roof, which is made of eight layers, can be opened in 14 seconds and closed in 16 seconds.