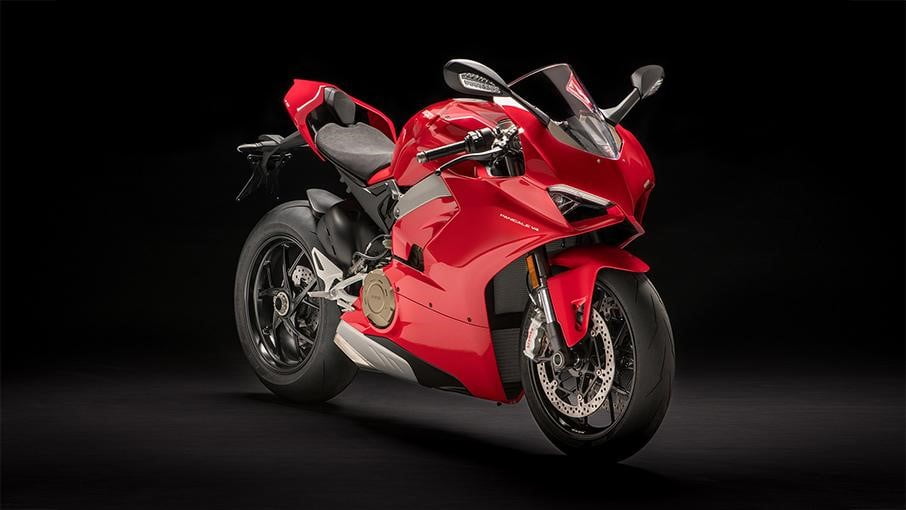 The Ducati Panigale V4 is a sport bike with a 1,103 cc desmosedici stradale 90° V4 engine introduced by Ducati in 2018 as the successor to the V-twin engined 1299. It is also the first mass produced Ducati motorcycle to be equipped with a 4-cylinder engine, closely derived from the Desmosedici of the MotoGP. The engine produces an immense 214 hp at a peak of 13,000 rpm.