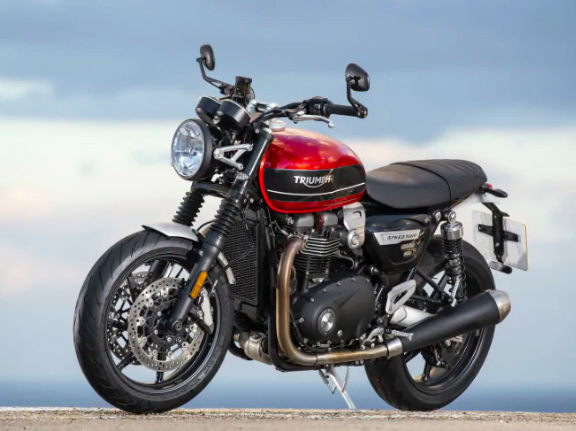 Triumph Motorcycle India has launched the Speed Twin starting at INR 9.46 lakh (ex-showroom, India). The 2019 Triumph Speed Twin is the newest addition to the British motorcycle marque's Bonneville range. The new Triumph Speed Twin sits right between the Bonneville T 120 and the Thruxton R, as a contemporary modern classic offering both performance and handling, in addition to a more upright and easy-to-live-with ergonomics.

The new Triumph Speed Twin is powered by the Thruxton R-sourced 1200 cc 'high power' parallel-twin engine, which comes with some revisions like - a low inertia crank, a high compression head, magnesium cam cover, and a revised clutch assembly. These updates have made the engine 2.5 kg lighter than the Thruxton R motor. In terms of power output, the engine is now tuned to churn out 96 bhp at 6,750 rpm and develop a peak torque of 112 Nm at 4,950 rpm, while being mated to a 6-speed gearbox. 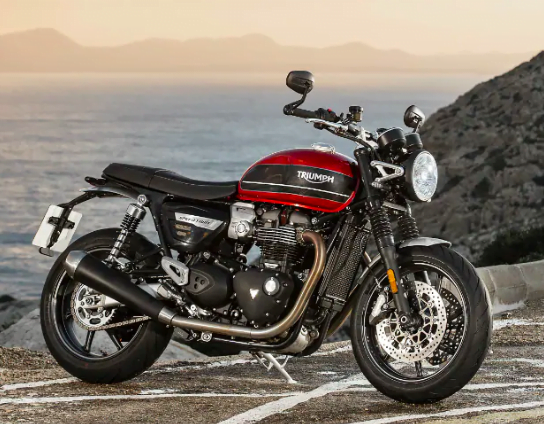 The Triumph Speed Twin remains true to its Bonneville legacy with is modern classic design and styling. The bike has this overall dark undertone thanks to blacked out engine, front forks, headlamp, wheels, exhaust among others, while the contrast is added by the fuel tank which comes in three colour options - Red, Black and Grey. The bike also comes with bar-end mirrors, a flat single piece seat, and twin-pod instrument console with two small digital LCD screens offering a host of information, including selected riding mode, clock, trip meters and odometer. Furthermore, the Speed Twin comes with LED daytime running lamp along with LED rear lamp and LED indicators and there is also a USB charging socket.

The new Speed Twin comes with ride-by-wire system, torque assist clutch, USB power socket, three riding modes - Road, Rain and Sport, and traction control can be switched off completely, for riders looking to get even more adventurous with the Speed Twin's performance. Suspension duties are handled by a pair of 41 mm KYB cartridge forks at the front, and the twin pre-load adjustable KYB shocks at the rear. Braking is handled by dual 305 mm discs gripped by Brembo four-piston four-pad axial calipers up front, and a single 220 mm disc on the rear wheel with a two-piston caliper from Nissin. The bike also comes with 17-inch, seven-spoke cast Aluminium wheels, shod with Pirelli Rosso Corsa III tyres.