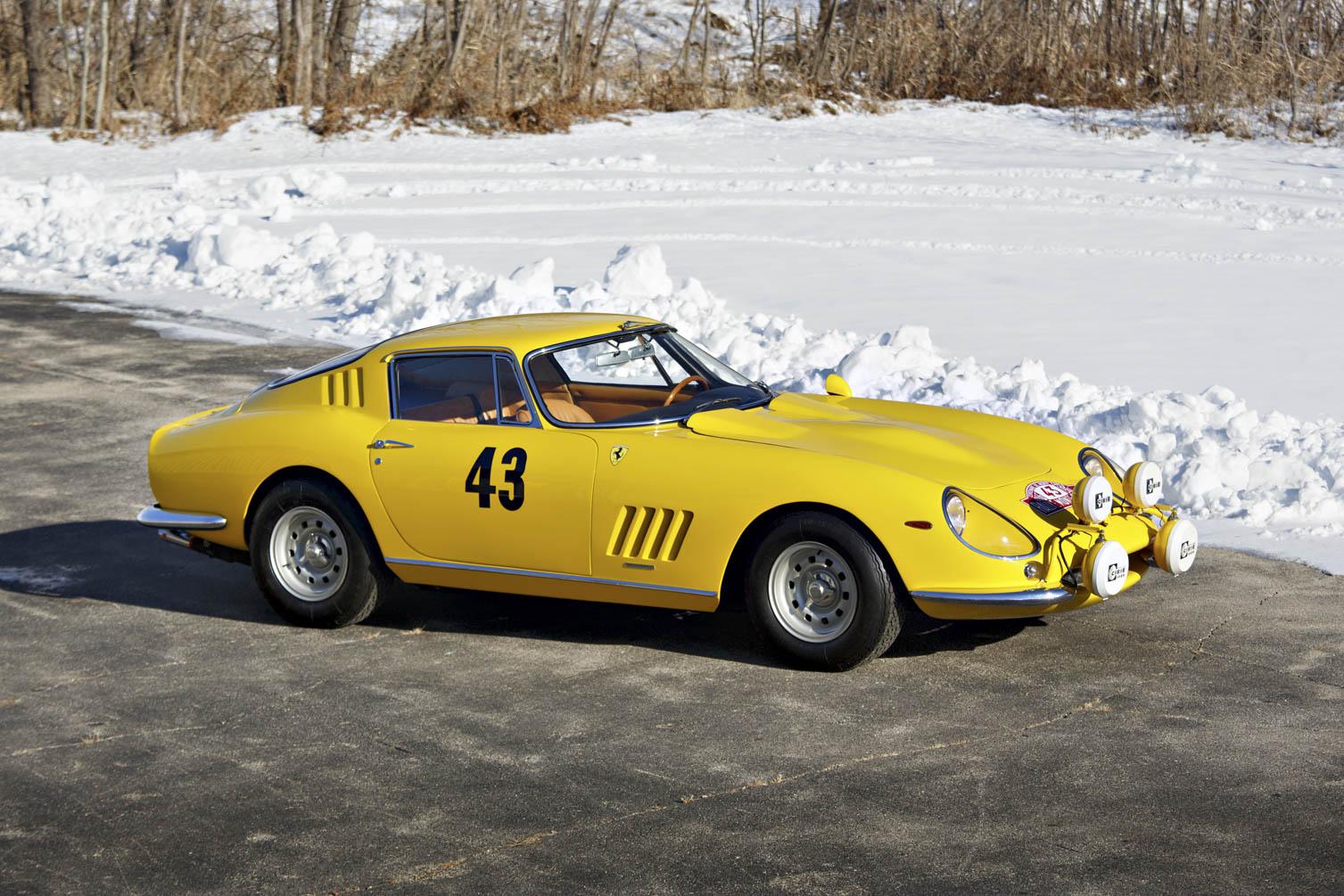 Constructed in 1964 and carrying assembly sequence No. 1, chassis 06003, the first-ever Ferrari 275 GTB is now available to any Ferrari fan out there.

Estimated to fetch from $6 million to $8 million when it goes under Gooding & Co.’s hammer, Lot 143 of the Jan. 18-19 Scottsdale Auctions, this one-of-a-kind automobile served as Ferrari’s prototype and development car and competed in the 1966 Monte Carlo Rally.

The prototype Ferrari 275 GTB was the foundation for the entire 275 program, succeeding the 250 GT SWB Berlinetta when it rolled out of the Maranello, Italy, factory. “This car has basically been off the radar for the last 25 years,” says David Brynan, a senior specialist at Gooding. “Nobody has seen it.”

Designed by Pininfarina, with coachwork constructed by Scaglietti, this first example of the model was originally built with short-nose bodywork and used for experimentation before it was upgraded to the long-nose body that Ferrari would use for its production models. The 275 evolved during its four-year production run to encompass short- and long-nose two-cam models, four-cam Berlinettas, and NART Spiders.

Ferrari retained the prototype through early 1965 as a test machine for the production model—and also as a promotional tool to introduce the model to the public via photographs.

The vintage classic features a 3.3-liter Tipo 213 V-12 engine, five-speed manual transaxle, and four-wheel independent suspension with wishbones and coil-over shock absorbers. Factory records show it was first painted Giallo Prototipo (prototype yellow), though a note on the delivery sheet indicates it was repainted Rosso Cordoba (red) before again being repainted to the original yellow. 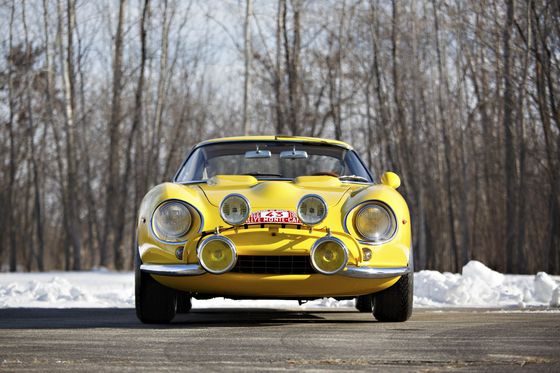 In January 1966 the car was entered into the 35th annual Monte Carlo Rally under the Milan-based racing team Scuderia Sant’Ambroeus, the official entry for Ferrari. Then racing manager Eugenio Dragoni enlisted Ferrari factory test driver Roberto Lippi as navigator and rally driver Giorgio Pianta to handle the vehicle, now wearing the No. 43 badge on its coachwork, through the snow-covered race terrain.

Although forced to retire early from the rally because of driveline issues, Pianta waxed lyrical about the experience, describing it as “the most beautiful memory of my life” in a 1991 interview with Ferrari World. He went on to say he couldn’t remember anything that wasn’t beautiful about the car, making particular note of the tuning and braking. According to Brynan, 06003 was the only 275 model ever to participate in the rally.