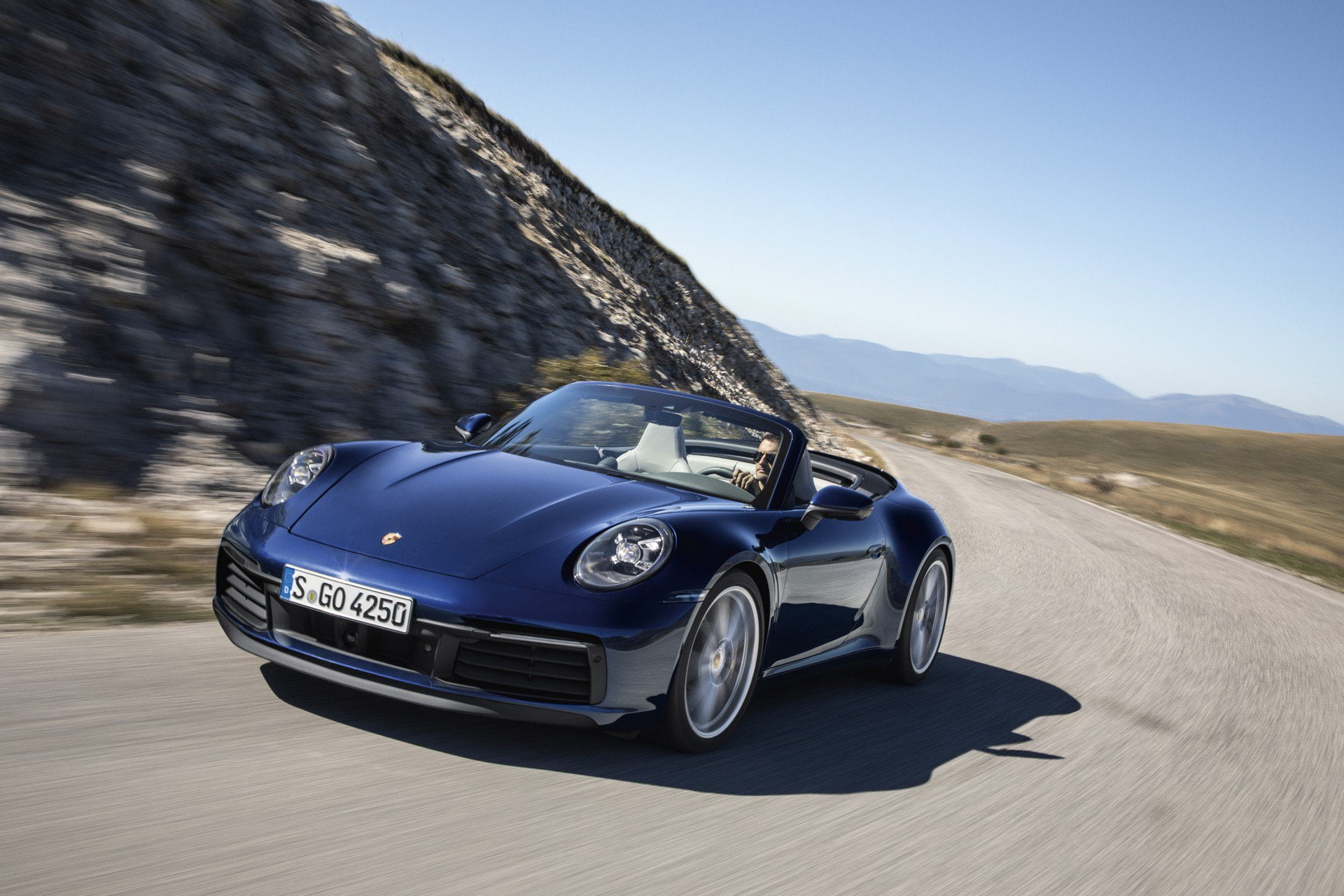 Porsche released the first driving footage of its new soft-top 911, which now features a newly-designed fabric roof. The new 911 Cabriolet(linking to Jan 9) will be initially available in the same versions as its fixed-roof sibling: the rear-wheel drive Carrera S and the AWD Carrera 4S. Power comes from Porsche’s twin-turbo 3.0-liter flat-six engine, producing 444hp and 391lb-ft of peak torque paired to an eight-speed dual-clutch transmission.